Christoph Partsch is not only one of Germany’s highest profile lawyers, he’s also an active entrepreneur and founder of innovative businesses. He has a background in startups and established companies in the newspaper, Internet and medical products industries. btov founder Florian Schweitzer talked with him about past and present entrepreneurial projects, the political situation in Germany, and what the future holds in terms of climate change innovation.

Q -Christoph, you studied medicine and law and even more vocations — what are you above all?
CP -First, a lawyer for difficult cases and then an entrepreneur for unusual opportunities.
Q -Let’s first talk about Christoph Partsch, the entrepreneur. For example, you once had the idea of producing solar power in North Africa. How did you come up with this idea and what happened to it?
CP -I had the idea 10 years ago, like many others, to achieve something with solar power and alternative energies. The first question was: Is Germany the best place to generate solar energy? Certainly not. Everything spoke for Algeria and its neighbouring countries, in particular the number of sunny days and the available free space.

But things turned out differently: At first, all North African states wrongly rejected the introduction of solar energy as an alleged neo-colonial project for Europe. After two years of lobbying, I was able to convince the rulers in Algeria and partnerships were established on the ground. What I had not expected, however, was that Siemens, among others, only had a very short breath and withdrew from the Desertec project. But what I had not expected was that the political support in Germany for such a project did not exist, especially not for the feed-in of electricity into the European grid. Even the Greens did not want to support the project behind closed doors on the grounds that “people would rather distribute subsidies in Germany”. In other words, a very challenging and beautiful project failed for reasons that could hardly have been foreseen.

Christoph Partsch
Q -You mean to say that even the Greens didn’t want to use solar power from North Africa?
CP -Exactly. They refused to support this politically and preferred to save the German landscape. In terms of foreign policy, the transit countries Italy and France had to be brought on board. There was no support for this either — from any party. Existing routes from other pipelines already leading from Africa to Europe through the Mediterranean could very well have been used. The north-south route to transport electricity from wind power to the south of the republic is probably not technically any easier. It is much more efficient to bring electricity from the south to the north than to operate thousands of wind turbines.
Q -When was that?
CP -Between 2011 and 2014. Everything was right; economically, ecologically and technically. Only politically it was no longer wanted on the European side.
Q -You said in your first sentence of this interview that you were a lawyer for difficult cases. But also outspoken for justice — can that be?
CP -Yes — I have always stood up for democracy, the rule of law, openness, efficiency and openness to new forms of action.
Q -Isn’t the rule of law more of a claim than a reality?
CP -Art. 19 para. 4 of the German constitution says we have a right to a state under the rule of law. Unfortunately, the executive branch and the judiciary often take a different view. You cannot exercise your freedom of expression if you are not fully informed. However, transparency is often not desired and therefore often not given. In the end, this leads to a situation in which freedom of expression is endangered due to a lack of information and thus democracy.
Q -We will come to the future. If we look back into your past — which case has given you the greatest satisfaction?
CP -Germany has a special obligation with regard to the Holocaust. I think we were able to make a small contribution in dealing with the Adolf Eichmann case because I found a note in the BND (the German secret service) documents that proves that the BND predecessor already knew where Eichmann was in 1954 — seven years before the Mossad. So you could have arrested Eichmann if you had wanted to.
Q -What consequences did that have?
CP -First of all, it was a message that was a great success for the complaining journalist who went around the world from China to Chile. And it turned our idea of what was going on in Adenauer’s time upside down.
Q -How do you see the BND today?
CP -Now the Federal Chancellery has written a forty-page blocking statement as to why the disclosure of Eichmann’s documents endangered the welfare of the Federal Republic.

Jean-Carré said everything about the BND in his book The Pigeon Tunnel:

But Gehlen, always a poseur and something of a fantasist, contrived to sit tight until 1968, at the end of which time 90% of his agents in East Germany were working for the Stasi, while back home in Pullach sixteen members of his extended family were on the BND payroll. Nobody can do corporate rot more discreetly than the spies. Nobody does better mission creep. Nobody knows better how to create an image of mysterious omniscience and hide behind it. Nobody does a better job of pretending to be a cut above a public that has no choice but to pay the top price for second-rate intelligence whose lure lies in the gothic secrecy of its procurement, rather than its intrinsic worth.
Inefficient structures require intransparency.

Apart from that, intransparency has now become even more important at the Federal Office for the Protection of the Constitution, which raises unanswered questions in the NSU trial or at the Oktoberfest attack. Again and again the intelligence services or the police cite the individual perpetrator thesis. In the case of Mr. Lübcke it was very quickly decided that it was also an individual perpetrator — we are still there. The single offender thesis has never been confirmed for right-wing extremist acts.
Q -Let’s get to startups and regulation. What do you think about “Allowing scooters vs. autonomous driving in Germany” — also with a view to the very important automotive industry?
CP -You can promote innovation through appropriate regulations or on the other hand prevent it. I wish, however, that the Federal Republic and its authorities would not always become active only at the insistence of US giants like Uber, but rather become active more frequently and earlier for domestic companies. For example, the Passenger Transport Act was adapted under pressure from Uber, but not in a forward-looking manner for the German chauffeur service sector.
Q -Mobileye will drive autonomously in Jerusalem in collaboration with BMW in 2021. A city that is in permanent traffic chaos. Why can’t and won’t such pilots be carried out in Germany and what would it take?
CP -We need courageous politicians who regulate courageously in order to have a focused effect. What China is doing in certain provinces could be a blueprint for Europe.

Q -For example, let autonomous cars drive in Thuringia?
CP -Yes. Why not? Graf Lambsdorff recommended special economic areas after 1989 in order to create attractiveness. The idea is still timely. Experimental laboratories could be created in individual countries. For example, to give drones a real try, instead of overloading drones with aircraft regulations.
Q -On to something entirely different. What role does art play in your life?
CP -A very important one, and this since I was born, because my grandmother worked in an art publishing house and went to museums with me every weekend. I myself collect antique mosaics and Dutch paintings. This kind of art is an expression of impressive cultures.
Q -What is your view of the next two decades with regard to what the young generation personified with Greta can do for good and bad?
CP -I could see Greta as consistently positive if she manages to convince the people of younger generations to take their future into their own hands — to defend themselves against the selfishness of older generations. It is important that this positive impulse turns into innovation. We can get the climate crisis under control with technical innovations, such as solar energy in the desert, provided the political will is there.
Q -And lastly, what have you learned as private investor along the way that you’d love to share with your fellow btov investors and the wider community?
CP -Expect the unexpected.

Florian co-founded btov Partners in 2000 as an online matching platform for Business Angels and startups. He has led the company since then to become a unique European venture capital firm, closely collaborating with professional business angels to support the growth of entrepreneurs and their startups. He serves on several technology startup boards and is one of the partners in the btov Digital Tech Fund.

While studying for his MA in finance from the University of St. Gallen, Florian was also responsible for developing the entrepreneurial student organization START which he today supports as member of the foundation board. He also serves on the board of Fondation Botnar, a Swiss-based foundation that champions the use of digital technology to improve the wellbeing of children in urban environments.

Preparation paid off: Two investor perspectives on how South Korea and Singapore handled the corona crisis 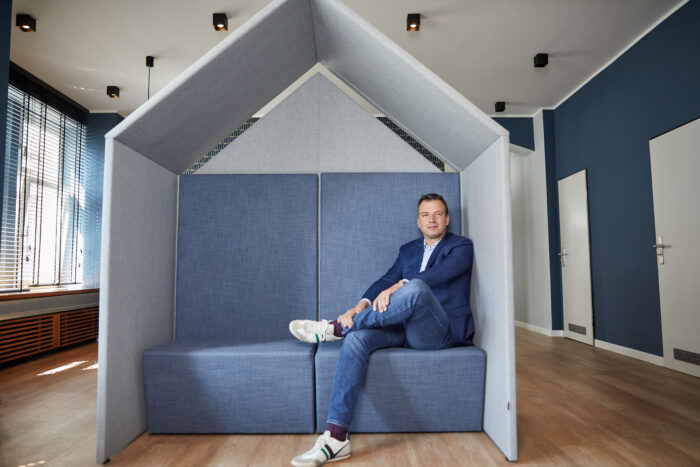 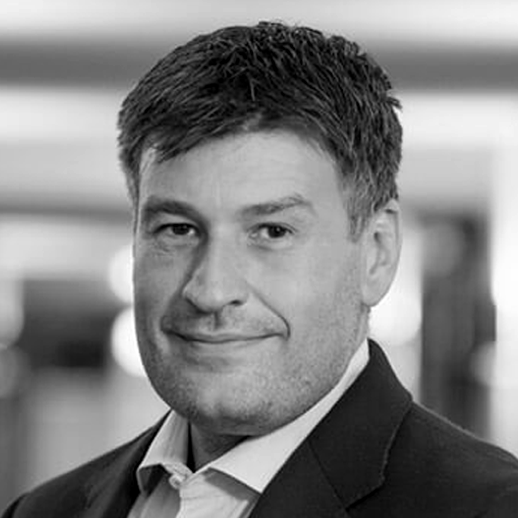 What is new in this crisis? — Interview with Alexander Sator, Managing Director and Founder of 1NCE